Conflict in Eastern Congo and a little boy saved...

Recent weeks have sadly seen a huge amount of conflict in eastern DRC, particularly in and around Beni which is a town where I spent a lot of time and also in Kasindi at the border with Uganda which was the place where I slept for 1 night before crossing from Uganda to the Congo.

The conflicts is part of the contined war in DRC between the army and rebel groups. During this time our priority has been the children living in the orphanages and all of our funds have gone to providing food for them so they can remain safe and cared for.

Sadly 1 child is known to have died during these attacks and another girl was kidnapped.

The situation is now reported to be safe in Beni although attacks can happen at any time as rebel groups are still in the area.

On a positive note, we were recently contacted by one of our colleagues in Beni who had found an orphan boy called Jospin who was living in a village where his mother and father had both been killed. He needed urgent medical care as well as food and clothes. With support from our donors we were able to send funds to provide the necessary care for Jospin and also arranged for a water filter to be installed in the village.

This is a photo of him when he was found... 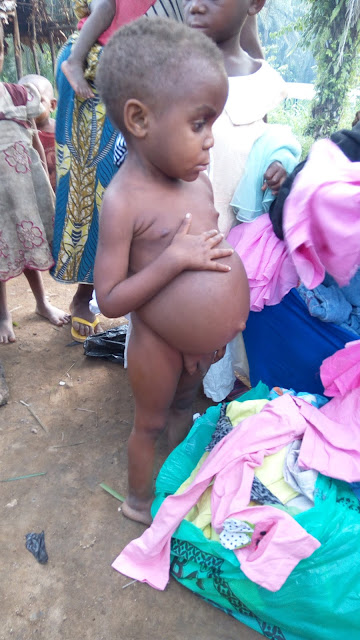 As always, if anyone would like to make a small donation to help orphans in the Congo then please visit our website www.congoorphanstrust.org.