We have spent the last 2 days venturing deep into the jungles of Congo (west not east so away from the Ugandan rebels you'll be pleased to hear) to visit the pygmy populations that live in small settlements far away from the main towns and cities. These pygmies are the indigenous people of Congo. They traditionally live in small tents made from palm leaves and cook over small fires out in the open. They are nomadic people that rely on the land for everything they need - even using roots and plants instead of medication for treating illness. The amazing thing about them is how small they are. Even the tallest men in the village only come up to my shoulders and the women and children are much smaller than that. It's the first time that I have ever felt like a giant. Visiting them and their villages felt something like stepping into the Shire and visiting the hobbits from Lord of the Rings - an absolutely incredible experience. As they have moves closer to towns over recent years, the team that I am working with here and other partner organisations have been working with them to build mud huts from them to live in instead of their palm leaf tents and also bring them basic items such as salt, soap and clothes. 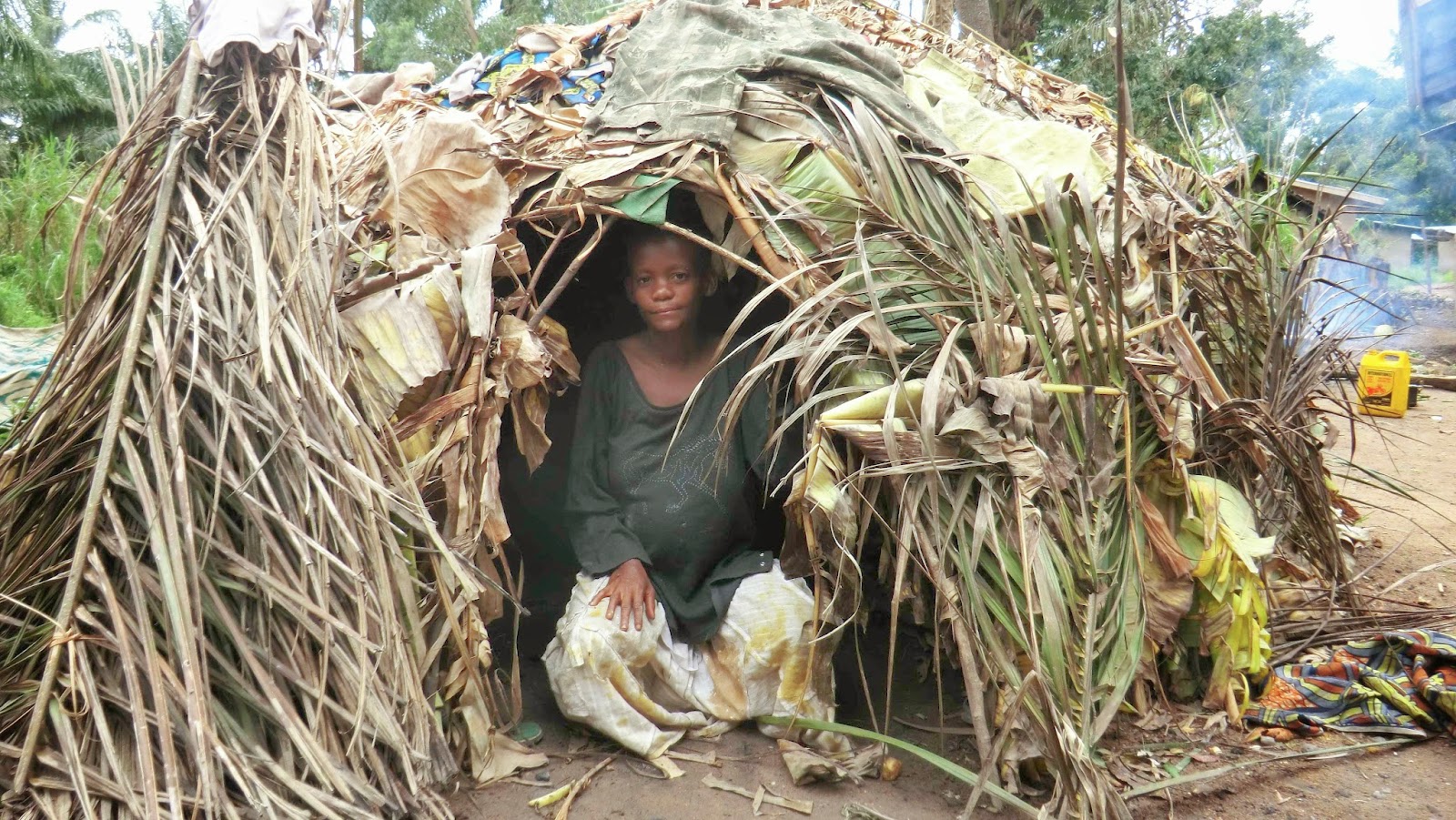 I was very happy to spend some of my own money on these items as a gift for allowing me to visit their village and I also took some clothes for the children - many of whom were running around naked and also some clothes for the men. For those of you that didn't know, I lost my father very suddenly last year. Words cannot possibly explain what that felt like or what the last few months have been like for me and my family but when it came to sorting through Dad's clothes, my sister Jo decided that we really wanted to give all his cold weather gear to the homeless in the UK and his summer clothes should come with me to Africa to be given to those in need here. There was something so apt about giving my dad's clothes to a group of people who are so at one with nature, who do not conform to normality but who are happy being surrounded by nature, covered in mud, scruffy hair and rotten teeth. There was something about these people that reminded my so much of my dad and I'm glad I found the right people to donate his clothes to. 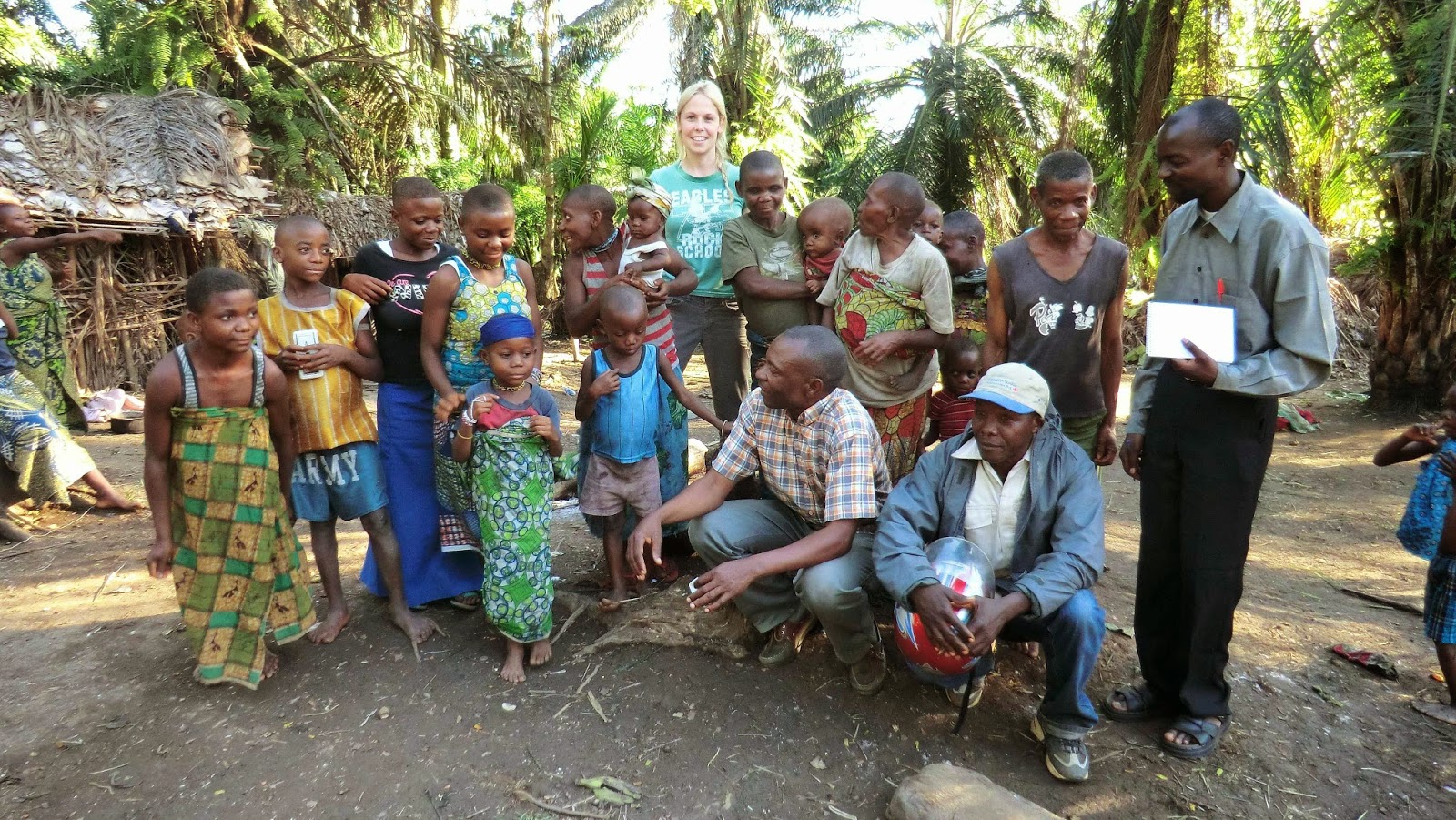 On the way back from the pygmies we stopped off an orphanage and a clinic far from Beni. There were 10 children and 3 staff members living in a 2 bedroom orphanage in just 5 beds, none of which had mosquito nets. They had almost no food left so off we went to the market again although market is not the best description for the half a dozen scrappy looking wooden huts that were selling what food they had in the town. I bought all the rice I could get my hands on and some beans and bananas to take back to the orphanage and promised them mosquito nets when they arrive from Nairobi.

At the clinic there were 3 women who had recently given birth in what could only be described as wooden shacks and I was asked to give them each a name. As I was busy doing that I suddenly saw a heavily pregnant woman run past into the shack next to me, heard a huge moan, the cry of a baby and the next moment she walked out carrying her newborn baby - absolutely crazy. No medications, no midwife just the woman and a man with a mop and bucket. This is having babies African style. I was told that her baby needed a name too so as he was a boy I gave him the best name I could think of… Howard, after my dad. 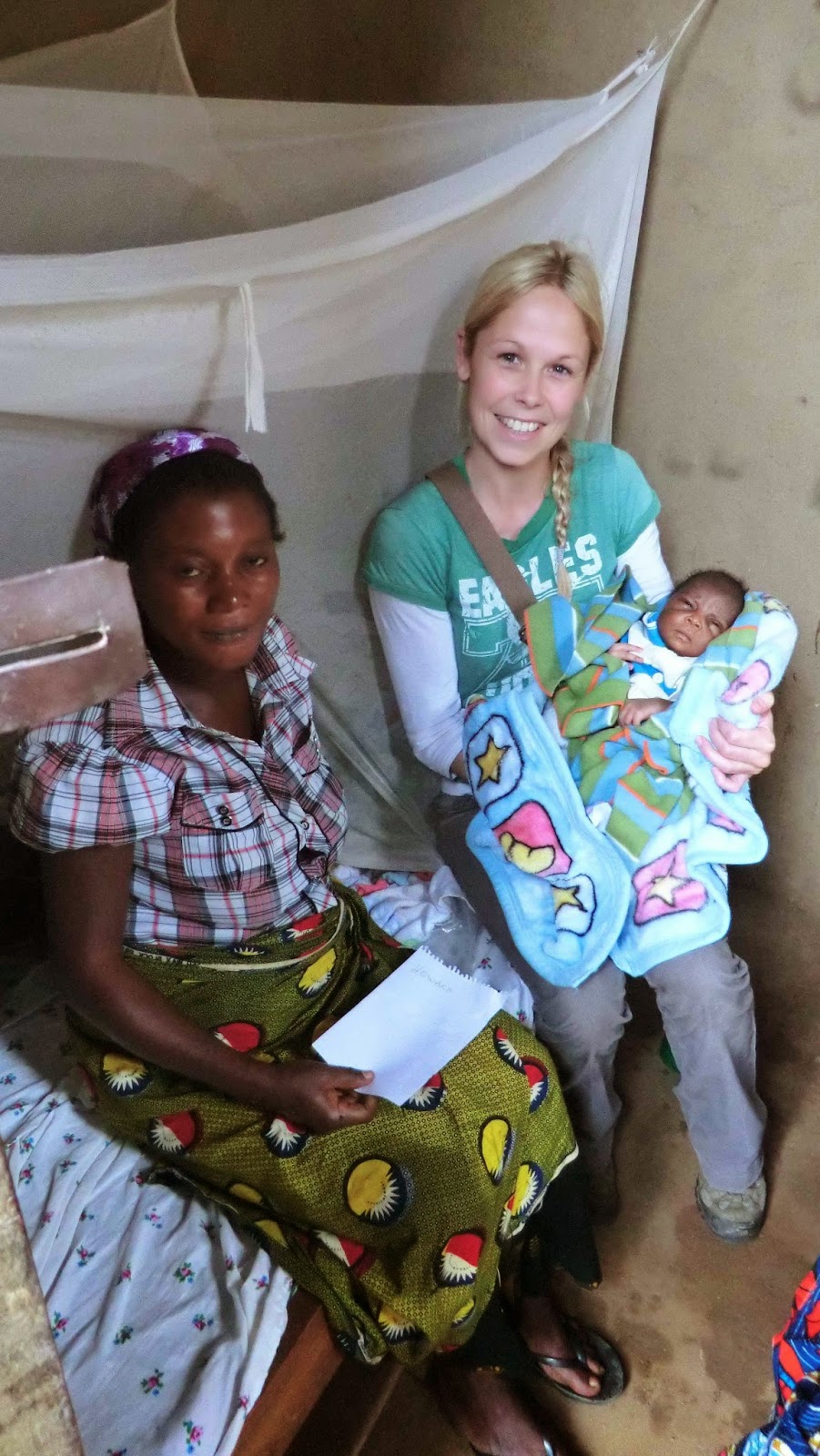