A busy and emotional day in Beni…

Yesterday we arrived back in Beni after a LONG drive from Bunia as there was no flight available. After 5 hours on dirt roads full of pot-holes every single bone in my body hurt - even my teeth! We did pass through some of the most beautiful jungle in the Congo though so the drive was worth it although I think next time I'll stick to the 25 minute plane journey!

Our last day in Bunia consisted mostly of visits - first to an organisation called 'Hope for Orphans in Ituri' who have a school for 1,300 children - 700 of whom are orphans. The orphans do not pay to come to school here but the fees raised by the 600 children whose parents do pay cover the running costs and teachers salaries. They also have a medical clinic with the same set up where the fees generated by those who can pay cover the costs to treat orphans for free. Finally they have a small house where orphaned babies are ket until they are 3 years old and can be placed with extended families or host families. It's a great system for getting free education and medicines to orphans as well as helping to get orphaned babies through the first 3 years of life which is when most children die in DRC.

After that we visited the site where REACH Italia plan to build a new orphanage, school and clinic in Bunia. It's a huge area - 4 hectares - at the edge of the town next to a village and surrounded by fields. The view from there is incredible - rolling hills covered in forest and fields for agriculture and in the distance lies Lake Albert and the border of Uganda. It's definitely an exciting project for the future. 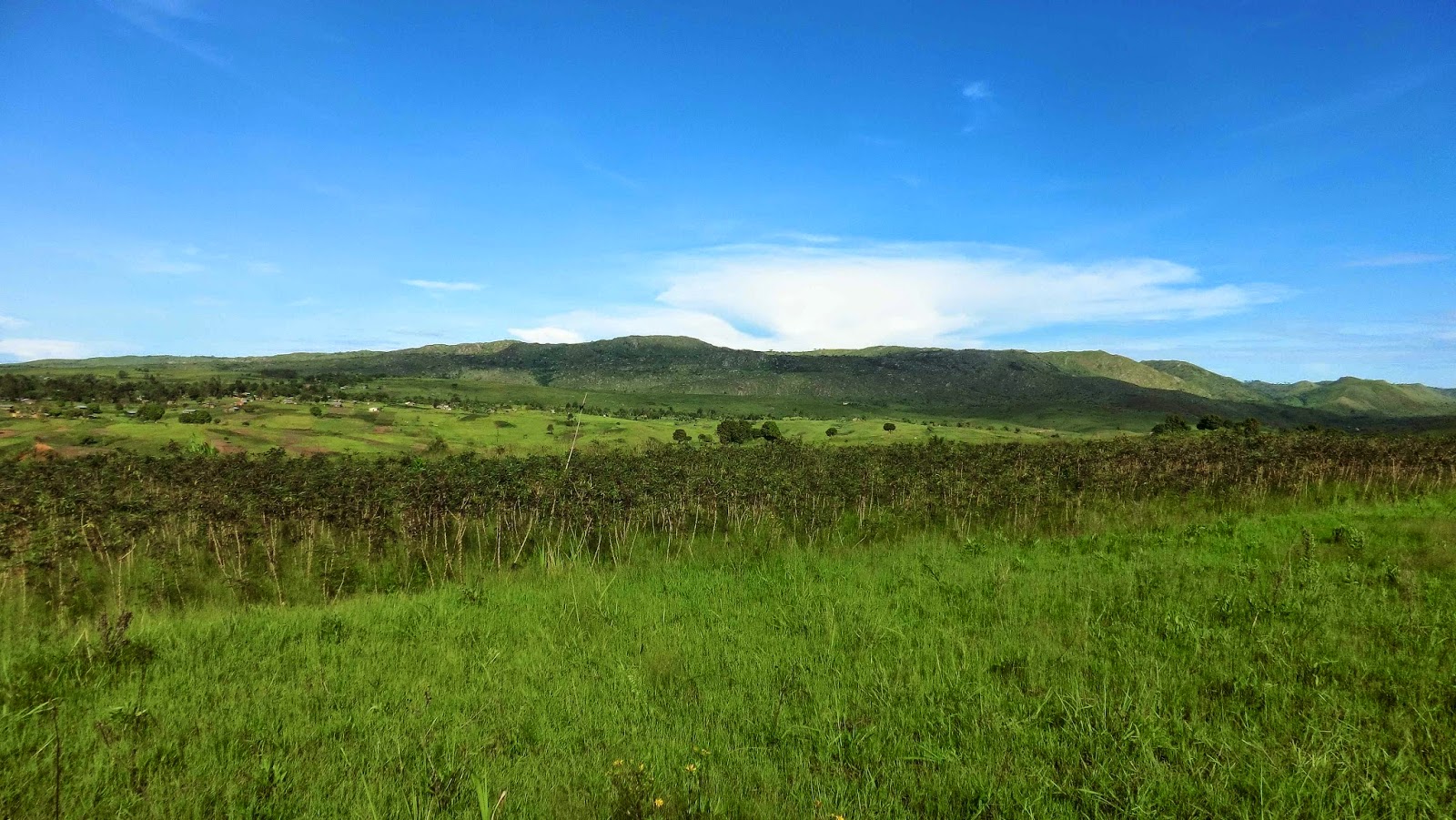 Today had been a full-on crazy day in Beni and an emotional one at that. We started by re-visiting one of the poorest pygmy villages that we had visited last week where I had promised a delivery of some clothes. I took a few items for the men which were the remaining items of my dad's and the whole drive there I just felt like he was sat next to me in the truck. It was very strange and after saying I hadn't cried all trip I have to say a shed a few tears as I saw these pygmy men putting on his old shirts. It was very emotional. I just wish I'd done this trip years ago so he could have come with me. I think he would have really enjoyed it here. 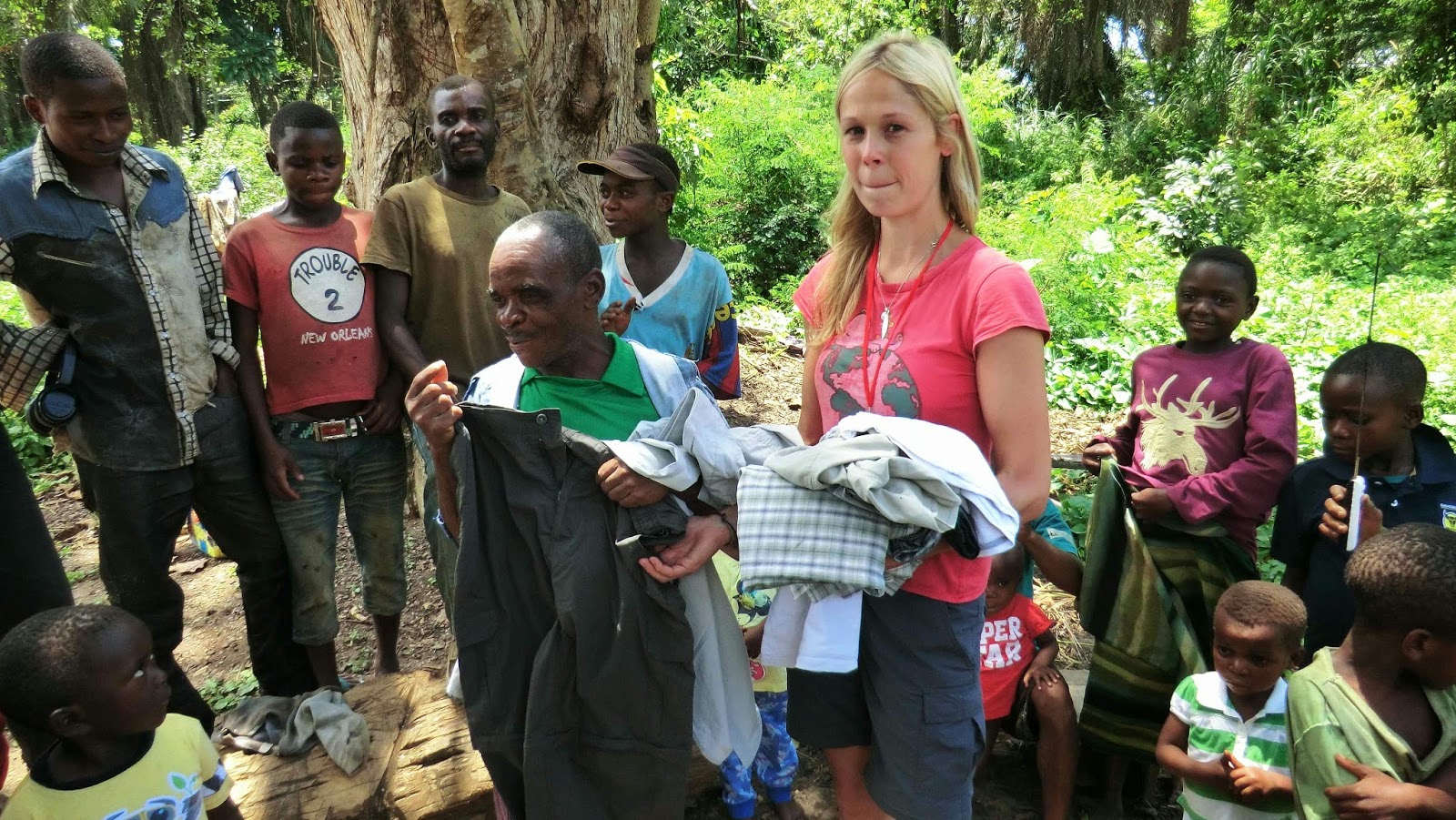 I also took some scarves and jewellery for the women and some clothes for the children as most of them were running around completely naked. On the way I stopped and bought a load of de-worming tablets as most of the children had round pot bellies that I'm sure were full of worms which is why their legs were like match sticks. I also bought some rice and cassava for them although as always it was just the enough for one day - the village will use it for their Easter feast tomorrow - and after that they will need more but as there are no orphans here I don't feel I can give more than that.

While we were at the village I was helping some of the smaller children to put their new clothes on and I picked up one little girl who was very quiet and she was boiling hot with fever. I mentioned this to the team I am working with here and they all thought the same thing - malaria. So we decided to take her to the nearby clinic for treatment. I gathered her up and carried her to the truck and she just clung to me like a little monkey. I tried to cradle her during the drive as it was so bumpy and her hot skinny little body was light as a feather. We left her at the clinic where she was being seen by a doctor and where she will receive treatment before being taken back to the village. 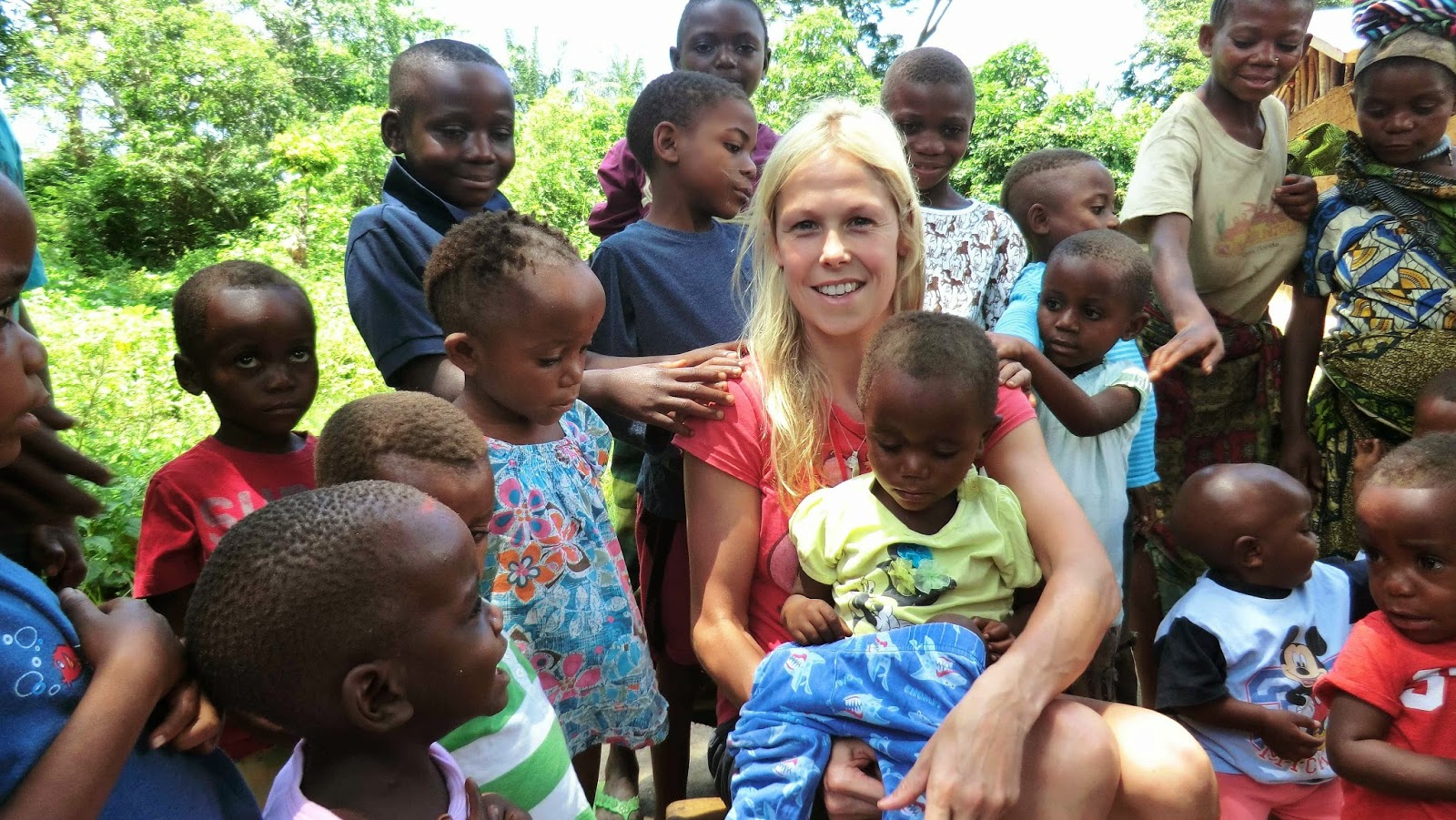 After that I wanted to go back to Mamma Noella's orphanage as I knew that the food we bought last week would all be used up by now and I wanted to buy more before we head south to Butembo and Lubero tomorrow. This is definitely the orphanage in Beni that needs the most help. Sure enough when we arrived they were almost completely out food and they also had a little boy with a fever who they suspected had malaria so off to the clinic we went again so he could be treated while Mamma Noella and I went to the market and spent over $100 on rice, beans, milk powder, salt, soap, sugar, fish, onions and tomatoes. I also bought her some firewood to cook on. That should keep them going for another week or so but I worry about what they'll eat when I'm not here to buy food for them. 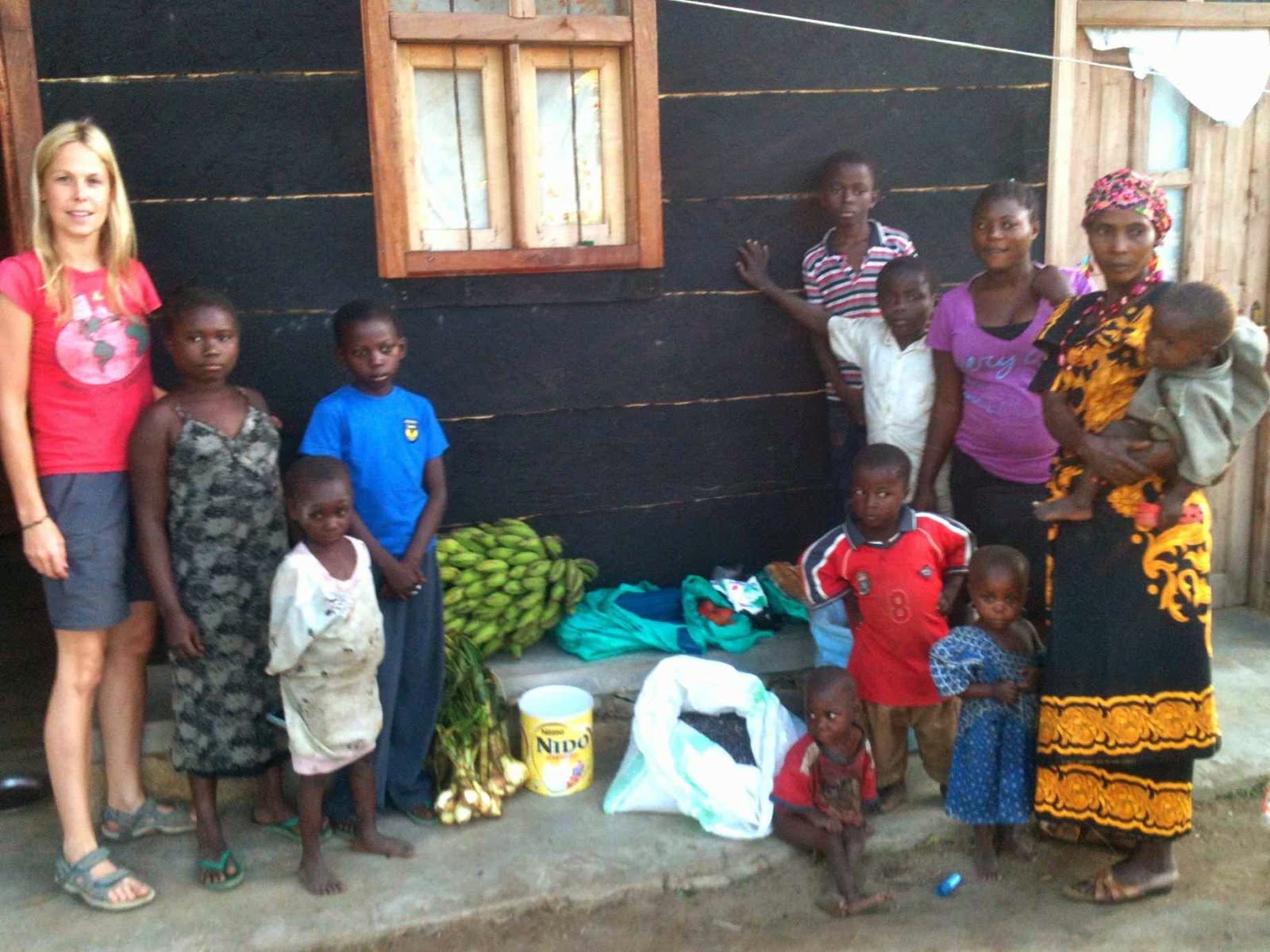 One thing I was really happy to see was that the mosquito nets I had donated were up in the bedrooms which is great. Fingers crossed this should stop the children needing to go to the clinic with malaria.

While I was there I held the little girl who cannot stand or walk and asked more questions about her health. It sounds like maybe she hasn't been seen by a doctor after all and that they tried to take her to a clinic but they didn't have the money to pay the fees. I'm not 100% sure. I ask the same questions here and I often get different answers so I have to keep digging until I find out what is really going on. It's hard, it's frustrating but it's Africa! I figure we'll get there in the end. I felt optimistic today though as the little girl made eye contact with me and she can move her feet and toes. Apparently she also spoke for the first time since we last visited so these are all good signs. I'm not giving up on this little one… 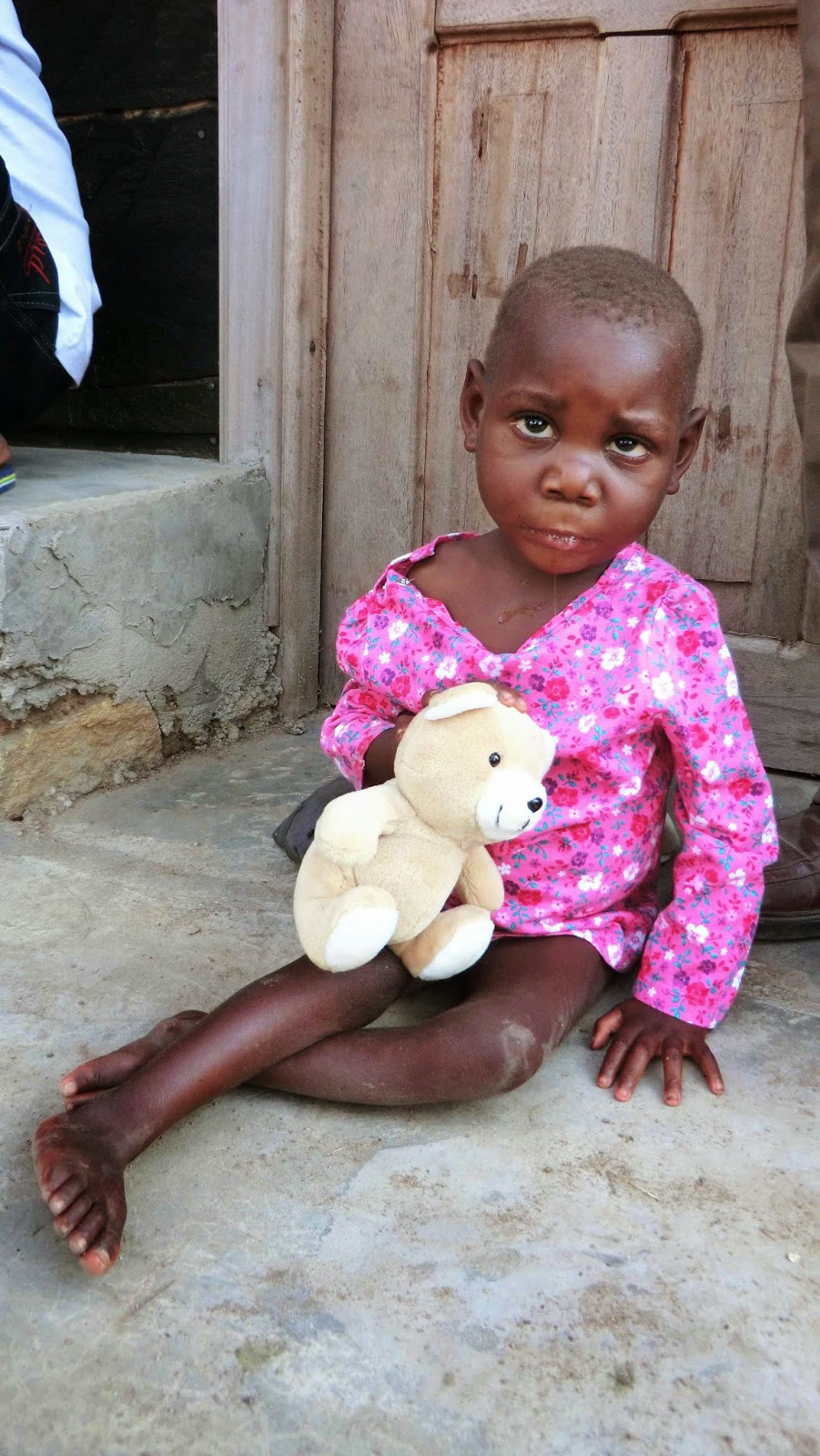