Visiting orphanages in Bukavu… the good, the bad and the absolutely amazing!

After an early morning boat trip from Goma to Bukavu on Friday, the last few days have been a blur of orphanages, schools and clinics in this vast city. When we arrived we were met by the team that work for SOS Children's Villages, an international charity with an office in the UK. They have a guest house here that they invited us to stay in while they showed us their project here and boy, do they have a project here. I've never seen anything like it...

Nestled into the hillside overlooking beautiful Lake Kivu are 15 houses for orphans from babies to 16 year olds, 4 houses for 16 to 20 year olds, a nursery school, a primary school, a health centre, a vocational centre to teach older children trades so they can become plumbers, electricians, carpenters and builders and the office… oh and don't forget the basketball court and the football pitch! 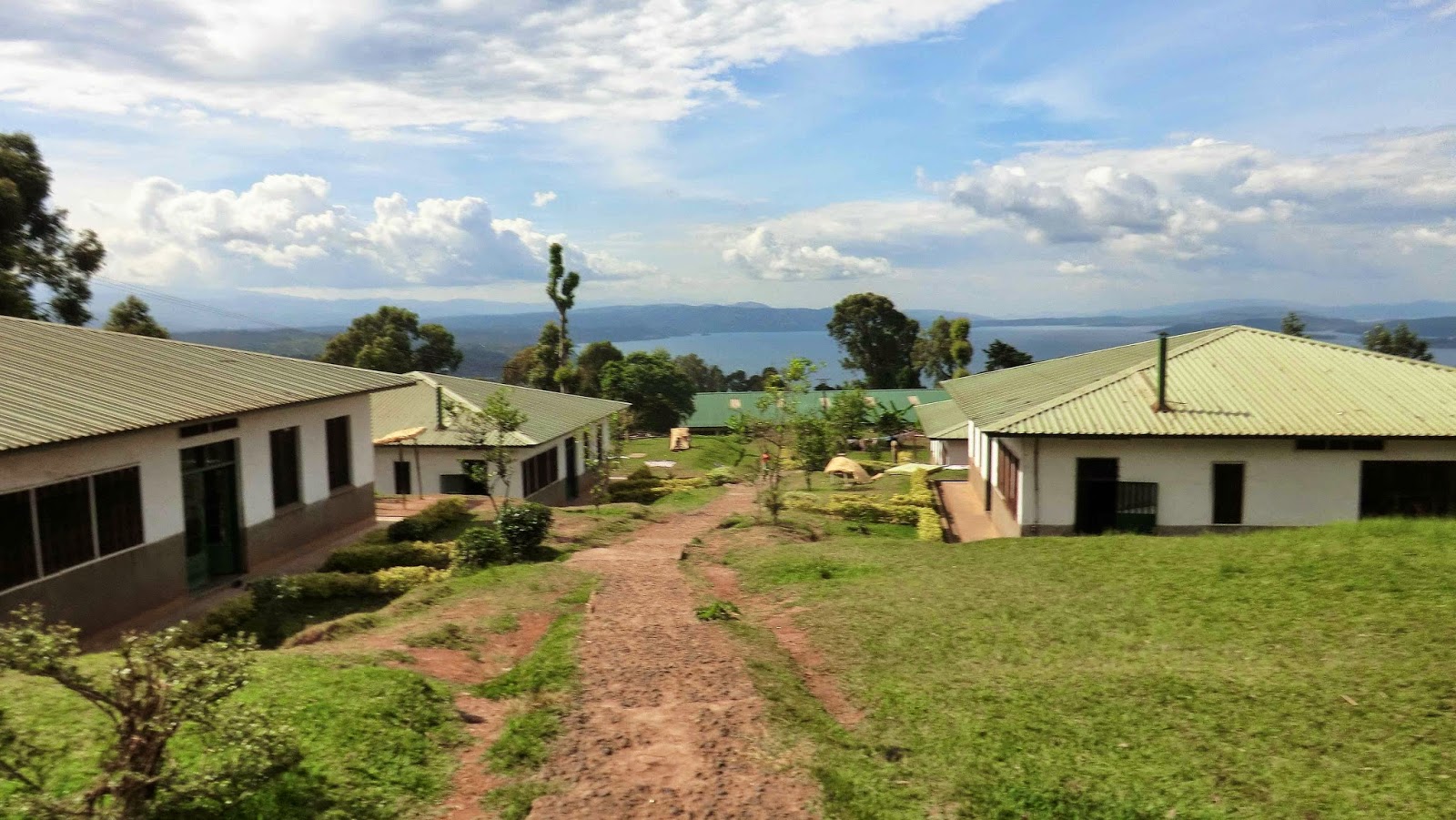 All of these are surrounded by lovely gardens which the children can play in and they have climbing frames, swings and see-saws dotted around. I have not seen such happy and healthy children so far this trip and it just shows what you can do with a bit of money and hard work. Every orphan in DRC should be able to live like this. 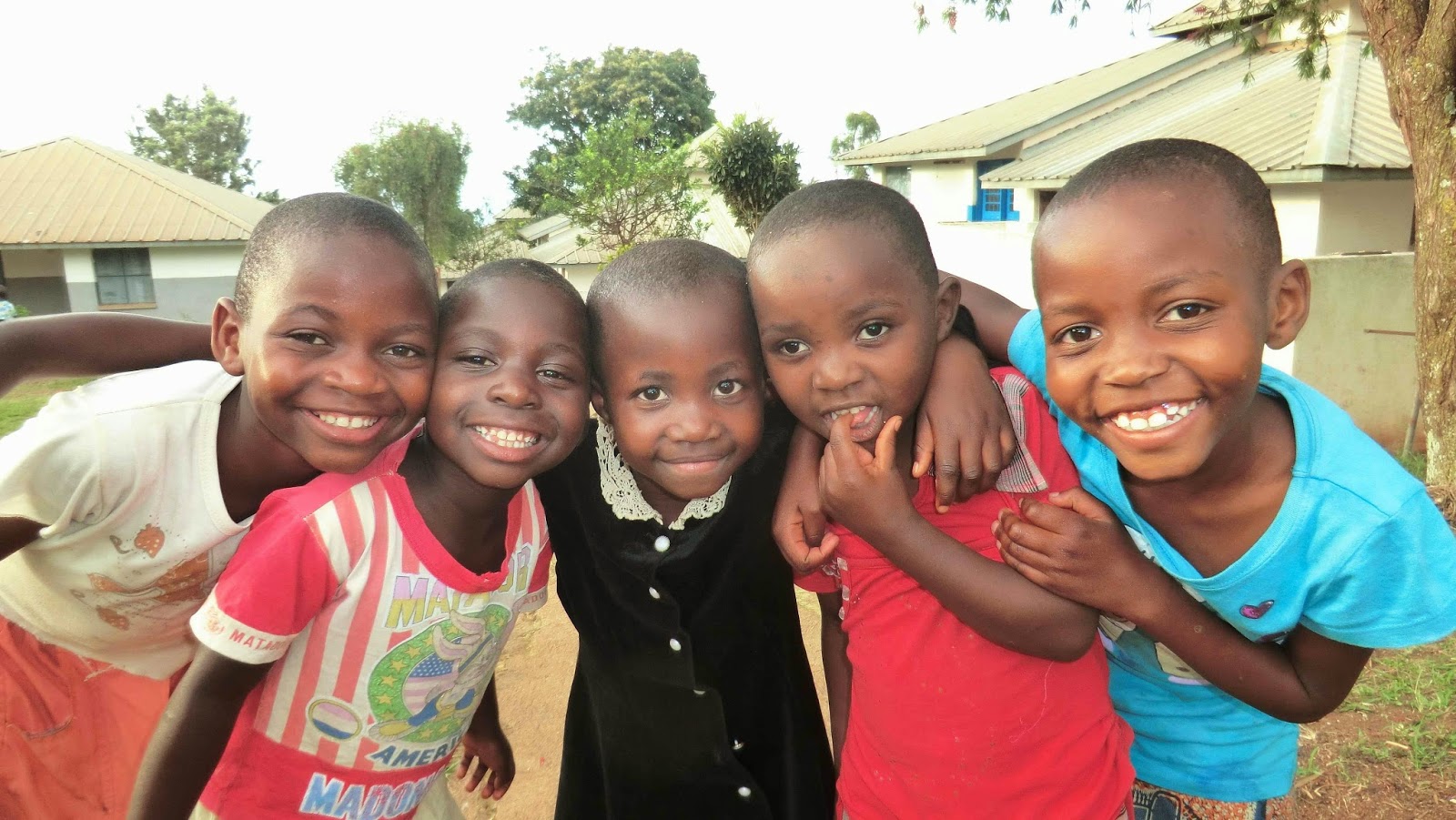 Each of the houses are home to 10 children and 1 mamma who is given money each month to buy food for all the children. There is a kitchen and dining room, each mamma has her own bedroom and there are 2 or sometimes 3 bedrooms for all the children to sleep in - each in their own bed with a mattress, pillow, sheets and blankets. In each bedroom is a wardrobe full of clean clothes and all of the children are dressed in clothes that fit them, which aren't full of holes, with skirts, shorts or trousers on their bottom half which is rare for orphans here and even rarer, shoes on their feet. The crazy thing when you think about it is that this is all a given in England. We could never imagine our children wandering around in a big t-shirt full of holes with no underpants, shorts or skirts on their bottom half and no shoes on their feet but it is often the case here as clothes come very low on the list of priorities after food, water, medicine and a roof over their head. 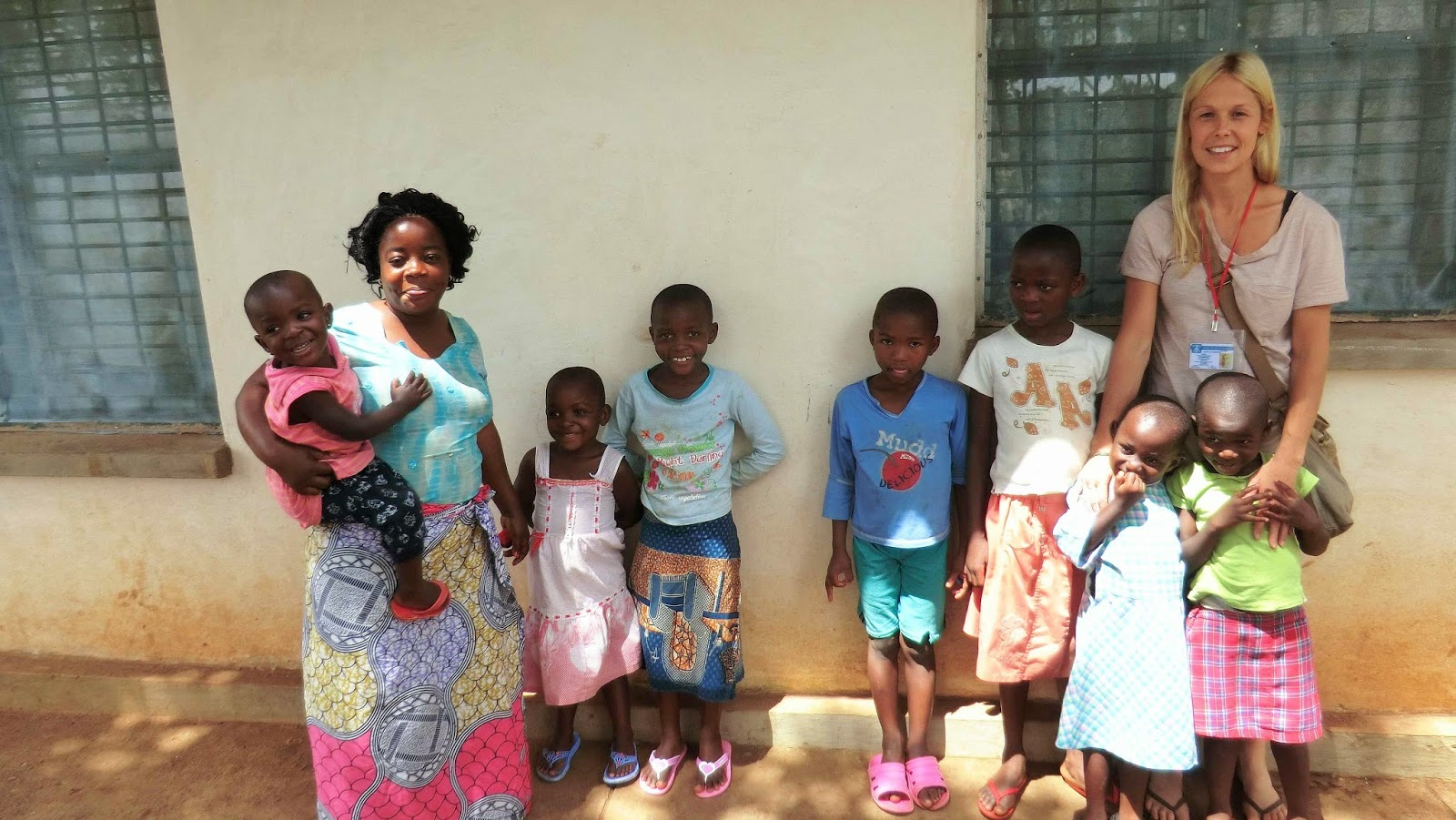 As with the homes and the children, the schools and health centre here are both well built and fully stocked with everything the children need. They have plenty of desks and school supplies in the schools and there is even a play ground for the children to play in. Likewise, the clinic has more medical supplies than I've seen in all the other clinics put together this trip. Should one of the orphans get sick they are taken immediately to the clinic where they are treated for free. 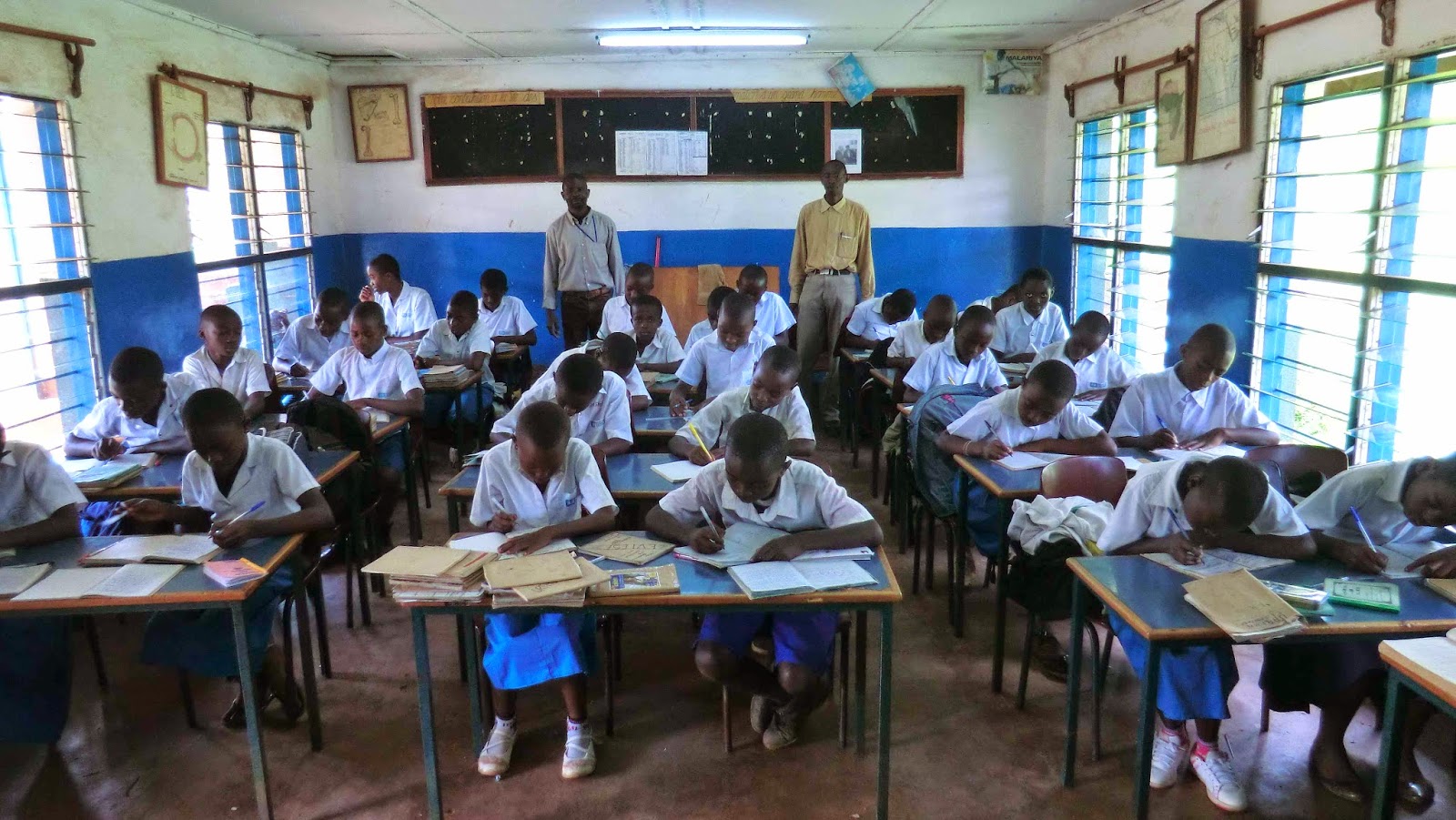 After spending the day looking around all the sites of the project, I finally got some time to spent with the children yesterday as they weren't at school. I spent the day playing football with the boys with the new football I gave them. 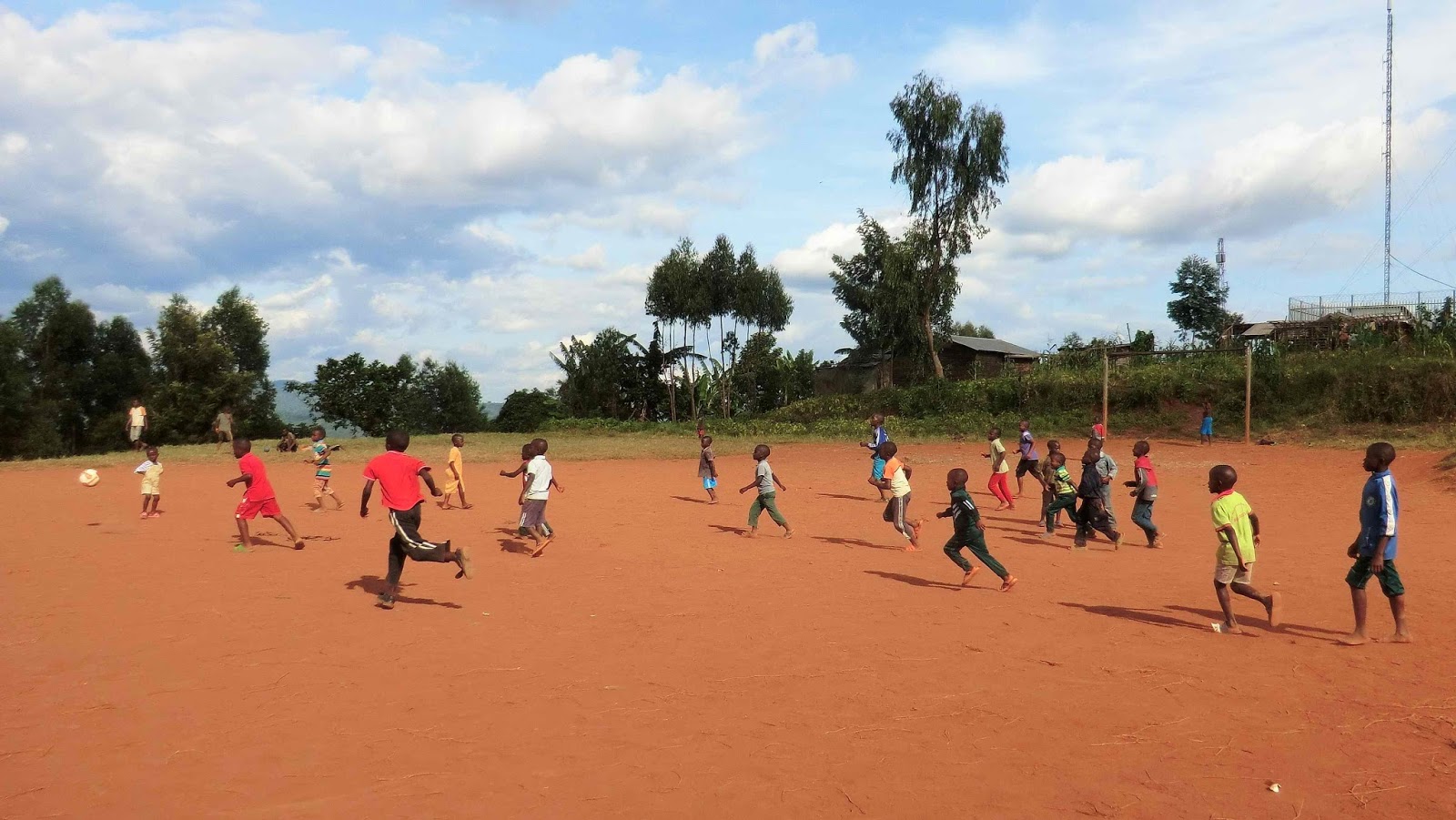 After that I played with the younger ones who I was able to talk to as they all speak perfect french. The boys enjoyed playing with my camera, taking photos of me and themselves, and the girls spent hours playing with my hair. The little girls here have no hair so they had never seen anything like my long blonde hair before. 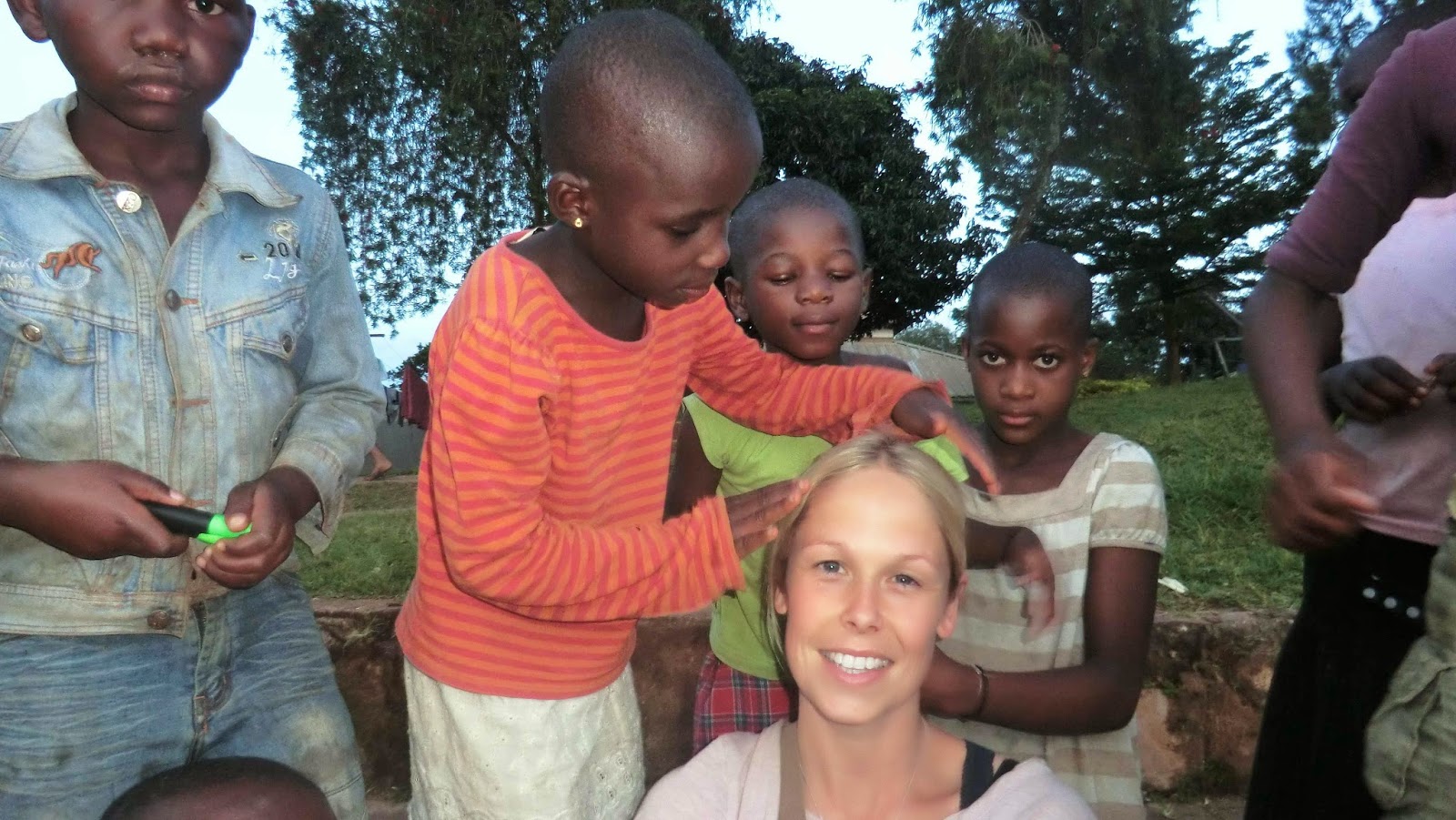 Thanks to the generous donations of the staff at Pearson (where my sister works) and the match donation scheme that the company offers for charity donations, I was able to give the director of SOS in DRC £250 (or $400) which he was very grateful for. I also gave them some school supplies and underwear for the children. 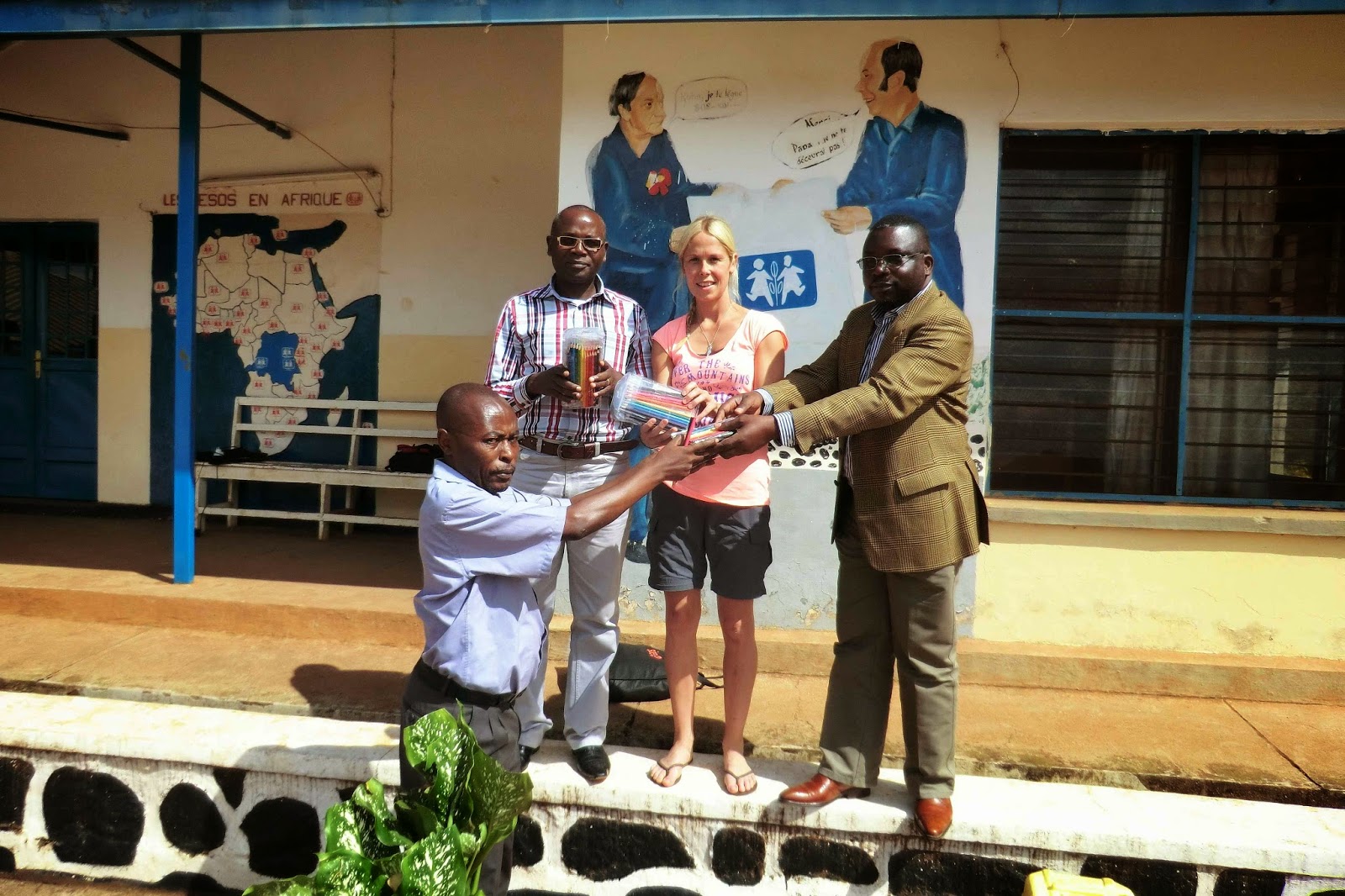 After two wonderful days here it was time to venture out and visit some of the other orphans in this area. First stop was Lwiro outside of Bukavu. Here the orphans all live in host families as they can't afford to build an orphanage. The women's group that provide for these orphans are doing the best they can with what little they have and they have started a breeding program for chickens, rabbits and guinea pigs to sell in the markets to raise money to feed the orphans who live in their homes. Unfortunately this money does't cover the costs for school fees so most of the orphans here are unable to go to school. 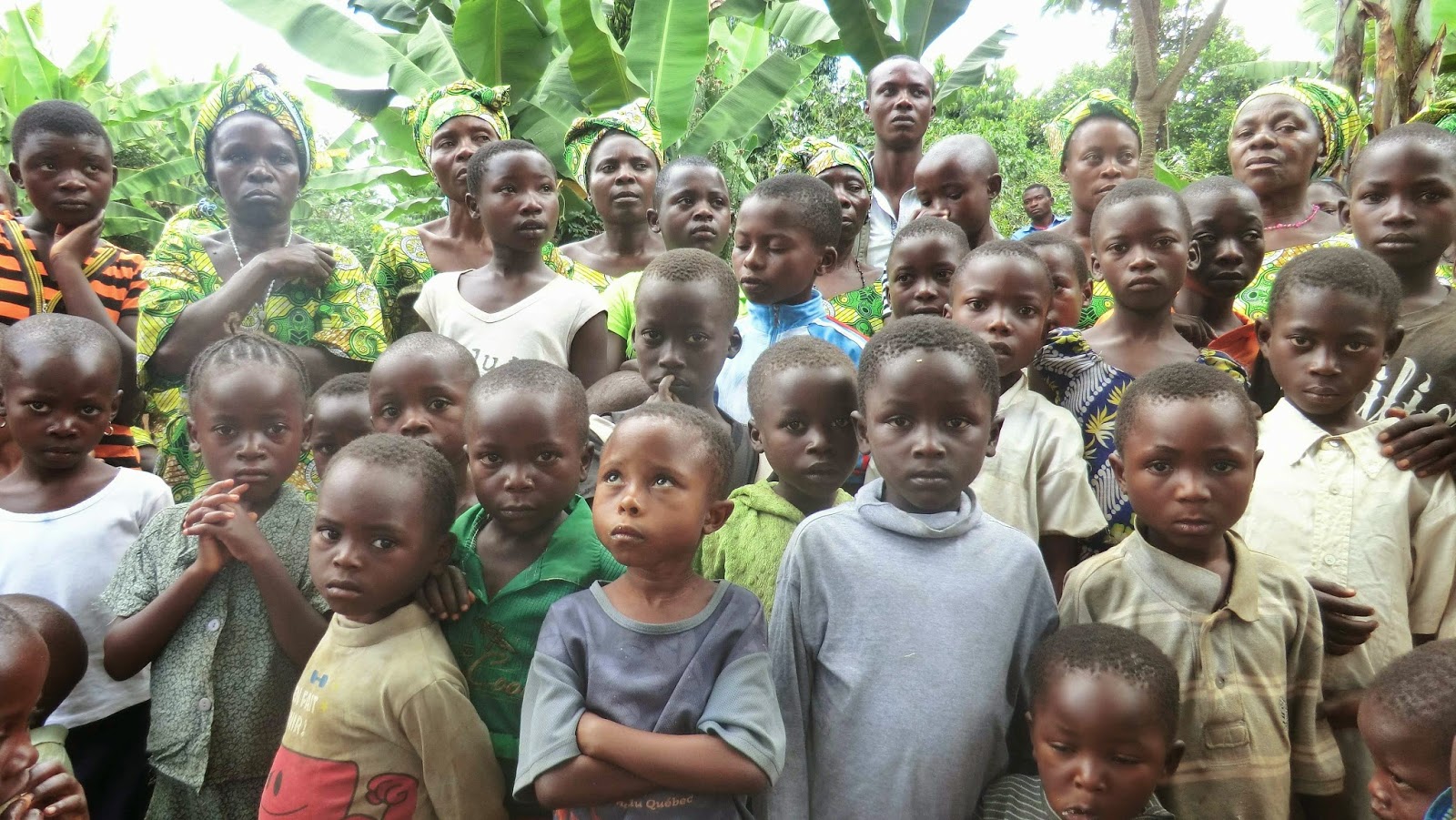 Our final visit was a difficult one when we arrived an a centre for orphans and disabled people. Spread across 2 different buildings - one for males and one for females - was a mixture of young orphans (7-11 years old) living in the same homes and being cared for but also helping care for men and women with various disabilities from requiring crutches to walk to being wheelchair bound and one poor man who has to walk on his hands and knees. It was really sad to see both sides of this arrangement, while I felt despair for the adults who clearly needed support, I also felt that this was no place for such vulnerable children to be living. I can't help thinking that they need to be in a home, or an orphanage, with a mamma and where they can interact with other children and go to school which these children can't do as they can't afford the school fees - instead they spend the day working with the adults making clothes and shoes to sell at the market to buy food. (I didn't take photos here as it didn't feel appropriate).

As we left we drove past a stone quarry and a construction site, both of which had children working amongst the adults and I was told that these children were orphans that worked here for less than $1 per day just to get some money to buy food. When I asked where they lived my translator pointed out of the window and said "They are the children of the streets". How there can be orphans living in such a pitiful state when just a few miles away there are orphans that have everything they need makes no sense to me and is even more reason why there needs to be a better system here to help as many orphans as possible with the most basic needs so that none of them need suffer in this way. (I didn't take photos here either as I wasn't able to).

I'm going to leave you with a photo of me sat with two of my little favourites here (I know you're not supposed to have them but sometimes I can't help it!). The little girls on my lap are called Solange and Pascaline. It's so weird but somehow Pascaline reminds me of Bill (a very dear friend who I lost last year). She has his wide nose and cheeky grin but more than that she has his eyes. I know how strange that sounds, especially as she is a little girl and she is black but she looks just like him and every time I look at her and see that big grin I can't help but smile... 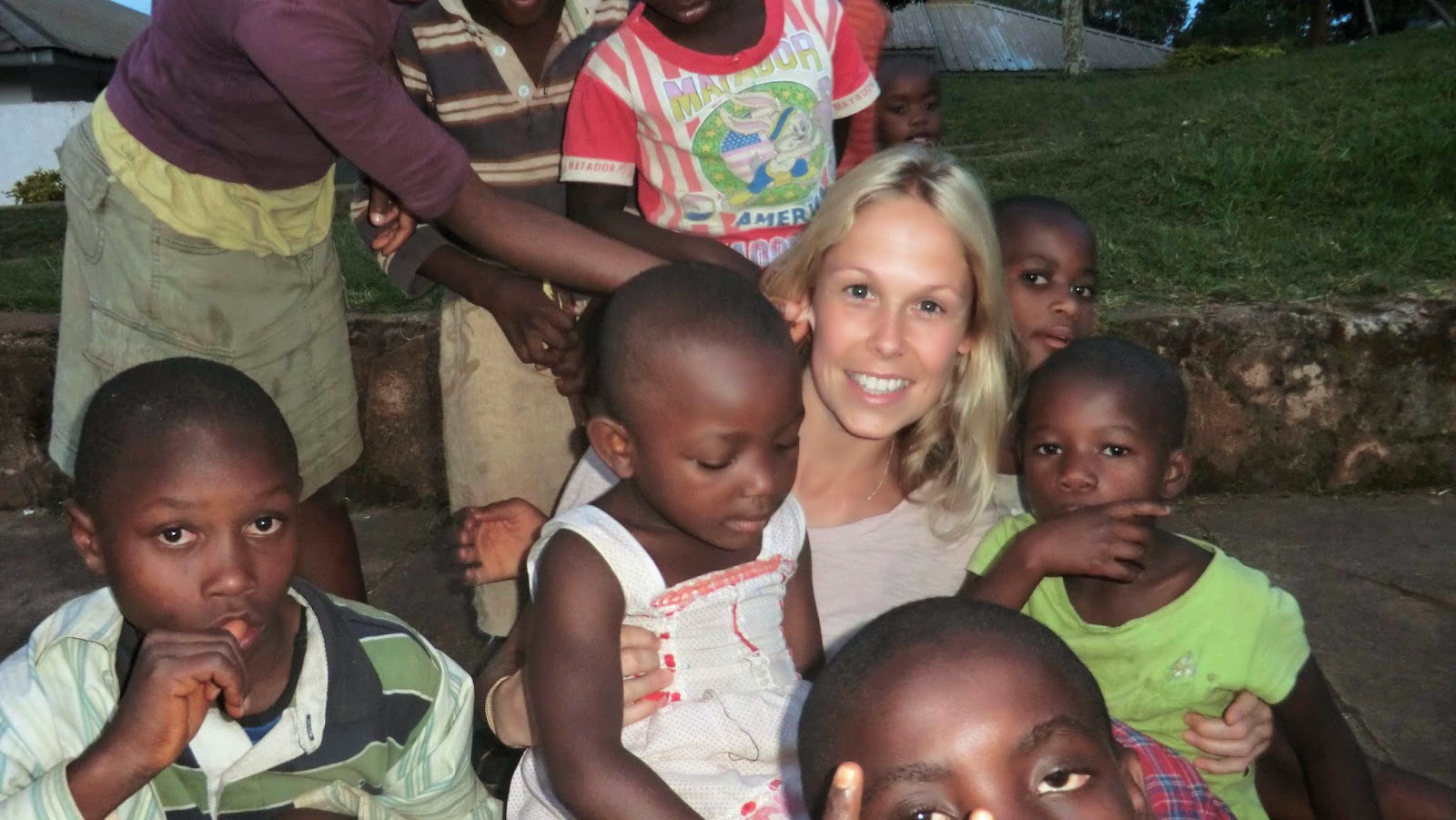